In the last few weeks, we’ve seen a lot about a certain family in England and the birth of a little boy named George.  To commemorate this event, I thought it would be fun to focus my first few blog entries on Royal Dolls….That is to say, I’m featuring dolls made by the Royal Toy Manufacturing Company.  Royal dolls would later merge with Jolly Toy Company, but I won’t bore you with details.  We’ll just say that the company no longer exists, but they left behind a legacy of cute dolls that are fun to collect and not too difficult to find.

My favorite Royal Doll is Joy.  At just under 12 inches, she’s an all vinyl sweetheart.  Her large, side glancing eyes with plenty of eyeliner and blue eyeshadow give this girl plenty of attitude.  She has  “A Royal Doll” and “1965” stamped on the back of her head.  Joy dolls turn up on ebay all the time and go for very reasonable prices.

Joy’s rooted hair was available as brunette, blonde, or redhead.   You can find her dressed in a cute mod outfit, ethnic apparel, or historical costume.  Imitation is the highest form of flattery and Joy was definitely copied by other manufacturers.  Uneeda and Regal Dolls both created dolls which bear a remarkable resemblance to Joy. 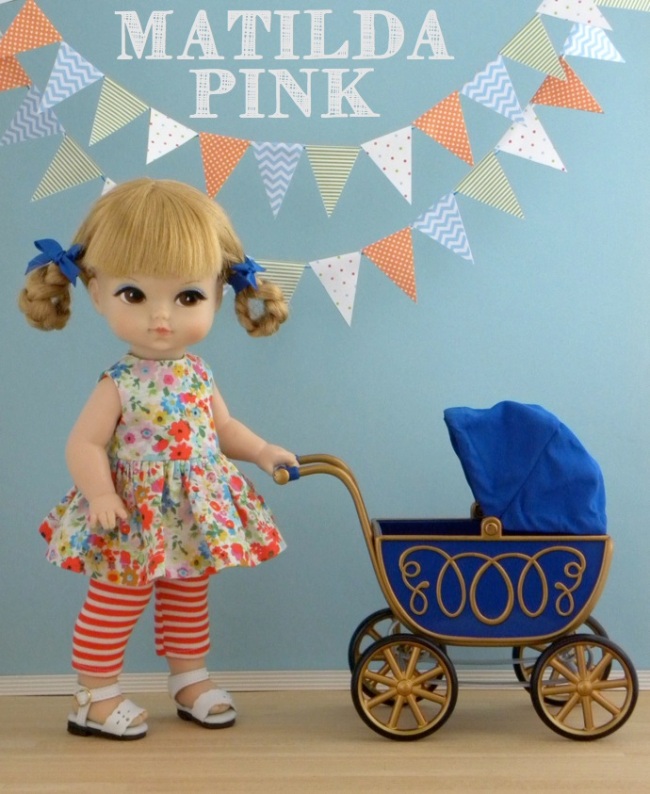